My 6th favorite WWE superstar is John Cena. He is probably the most popular current WWE wrestler. In college, he was a division 3 football All-American center. In 2002, after a few years of independent wrestling, John made his WWE debut. Kurt Angle gave an open challenge for a match to everyone in the locker room. John Cena came out, and made his debut. He is also an actor. He was in the popular Fred movies as Fred's imaginary dad. Along with being a popular wrestler and actor, he is a great person. He does a lot of charity work, mostly for the Make-A-Wish foundation.


1 ^ Cena did not accept the 2012 award, opting to award it to presenter Ric Flair instead.
Who's your favorite WWE superstar?
Do you like John Cena?﻿
﻿
Posted by Jaden at 12:00 AM 0 comments

Aaron Rodgers is the quarterback for the Green Bay Packers. He played at California for college. Aaron had 1 good year there. He thought he deserved to be the 1st pick of the 2005 NFL Draft. Alex Smith was drafted first, and Aaron Rodgers ended up being the 24th pick by the Green Bay Packers. He has played for them as number 12 ever since, starting his career as the backup quarterback under Brett Favre. Rodgers got the starting job in 2008 when Favre "retired". In 2010, the Packers won the Super Bowl against the Pittsburgh Steelers. Aaron Rodgers was named Super Bowl MVP. Rodgers is 6 ft. 2 in., and 225 pounds. On April 26, 2013, the Packers and Rodgers agreed to a 5 year, $110 million contract extension making him the highest paid player in NFL history.


Awards and Achievements:
- NFL Records
- Packer Records
Who do you think should have been the first pick in the 2005 NFL Draft?
Who should I write my next biography about?﻿
Posted by Jaden at 12:00 AM 0 comments


Here are the results for Summerslam:
﻿
Posted by Jaden at 10:44 AM 0 comments

Neil Armstrong is a very famous astronaut, most famous for being the first person ever to step on the moon. He stepped foot on the moon on July 21, 1969. He then said the words, "That's one small step for man, one giant leap for mankind". He then taught at the University of Cincinnati. Today, many people have stepped on the moon, but none of those men were the first. Neil Armstrong will always be known as the first man to walk on the moon.

What do you want to be when you grow up?﻿

Book Review: The View From Saturday

I just finished reading The View From Saturday by E.L. Konigsburg. It is a two time Newbery Medal Award Winner. The story takes place mostly in New York, but one chapter of it in Florida. The View From Saturday is a book about 4 sixth graders, Nadia, Ethan, Julian, and Noah who are picked to be their class's academic bowl team. Nadia is a girl from Florida who has a particular fond for turtles, and she moved to New York with her mom when her parents got divorced. Ethan is a boy who doesn't talk much, and his grandmother marries Nadia's grandfather. Julian is a magician who lived on a cruise ship, and has a tea party at his house every Saturday at 4. Noah was best man at Nadia's grandfather and Ethan's grandmother's wedding, and is great at calligraphy. They make the Souls. The Souls end up being a great team. Read The View From Saturday by E.L. Konigsburg to find out more about The Souls.

Yesterday, the Miami Heat played the San Antonio Spurs in a crucial game. It was game 7 of the NBA Finals. The winner got a huge trophy and the loser got nothing more than a pat on the back. Game 6 was about to end with the Spurs winning the championship when the Heat came back and Ray Allen hit a 3-pointer to win the game. In Game 7, the Heat were winning almost the whole game and ended up winning 95-88. LeBron James was the 2013 NBA Finals MVP.

This was an amazing NBA season. With the Clippers' streak of 17 straight wins and the Heat's streak of 27 straight wins, and more, there were many great teams. Also, there were lots of amazing plays by people like Kyrie Irving, LeBron James, Dwayne Wade, Tony Parker, Tim Duncan, Blake Griffin, DeAndre Jordan, Chris Paul, and more. This upcoming draft class is horrible. Nerlens Noel from Kentucky is expected to be the first pick, and his team didn't even make it to the NCAA Tournament.


Do you watch NBA?
Who is your favorite NBA team?
Did you want the Heat or the Spurs to win the championship?
Who do you think should go first in the NBA draft?

This biography is about LeBron James. James is considered one of the best NBA basketball players of all time along with men like Michael Jordan, Magic Johnson, and Larry Bird. LeBron currently plays for the Miami Heat. His nickname is King James. He plays Small Forward. LeBron was drafted in 2003 out of high school as the first pick by the Cleveland Cavaliers. He played with them until 2010 when he decided to take his talents to Miami to play with Dwayne Wade and Chris Bosh, making the Big 3. He has two children, LeBron Jr. and Bryce. LeBron has 4 MVP awards and 1 Rookie of the Year award. He won the NBA championship last year and has Game 7 which is a win the championship or go home situation against the Spurs tonight. I am going to have the third Ultimate Blogging Challenge. I haven't done one in over a year, so I'd like to start one. If you would like to sign up, leave your first name and a link to your blog in the comment section.  This will be the first UBC that won't be done with teams. It will be done solo, so no one can rely on their teammate to do the work for them. The goal is to get people to find other blogs that interest you. You can sign up starting right now. Registration ends on July 15th at 3:00 PM.  I will not be in the challenge, but I will be trying to do all the challenges. For the first two rounds, you get eliminated by not doing the challenge.
Posted by Jaden at 7:09 PM 0 comments

Lots of people have collections. Some popular collections are erasers, kooky pens, and sports cards. While I collect lots of things, I have one colossal collection. My favorite things to collect are WWE and UFC figures.

In December of 2011, I got a WWE Rick Rude figure for Christmas. At the time, I didn't watch WWE. Although I didn't watch it, I had collected a lot of UFC figures by then, so I bought 5 or 6 more. I then started watching WWE in May 2012 and realized that is was super fun to watch. I started collecting a bunch of them. At the moment, I have 93 WWE figures. Combined, my collection of UFC and WWE figures is probably worth about $1,750.

I don't just collect these because they're fun to collect. I do MMA and wrestling. When I learn a new move in MMA, I go home and try it out with my UFC figures. If you want to try and collect something, I would recommend collecting something related to what you like doing.

Do you watch WWE or UFC?


What do you collect?

Abraham Lincoln was the 16th president of the United States of America. He is considered one of the best presidents ever, along with George Washington. Lincoln is most famous for his signing of the Emancipation Proclamation, which ended slavery in the USA. Although the news did not reach everyone right away, the Emancipation Proclamation is one of the most important things in USA history. His Vice President was Hannibal Hamlin. Andrew Johnson replaced Hamlin in 1865. Lincoln served as president from 1861-1865, before being assassinated by John Wilkes Booth. He was 56 years old when he died at 7:22 AM on April 15, 1865.


Who do you think was/is the best president in USA history? 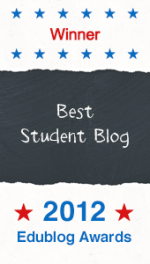 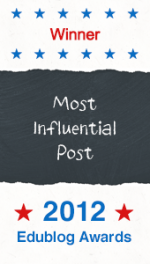 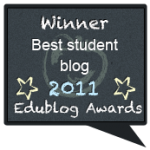 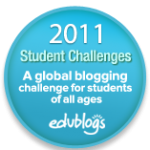